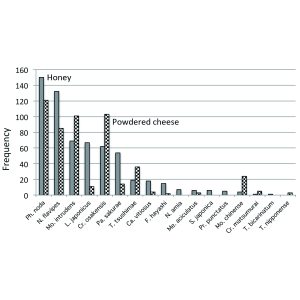 The activity of foraging ants was studied throughout two years in warm temperate Japan (residential area in an urban site of Kagoshima-shi, South Kyushu). Thirty honey bait traps were set up twice each month in the first year, and 30 powdered cheese bait traps once each month in the second year. For both bait types the activity level was constantly high from April to November regardless of temperature; during winter, especially in January and February, the forager activity was much lower. The results show that even during winter with daytime temperature around 11 to 13˚C the foraging activity of workers did not completely stop. Throughout the survey Pheidole noda, Nylanderia flavipes, Monomorium intrudens and Crematogaster osakensis were represented in large numbers, and their extranidal activity persisted into winter. 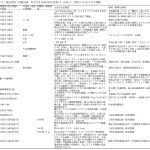 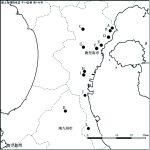 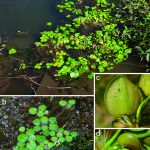