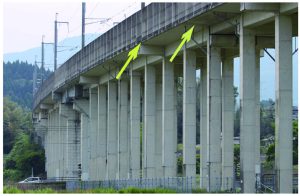 There has so far been no record of the Oriental free- tailed bat, Tadarida insignis, in Kagoshima prefecture. We confirmed their presence by observing in the crevices of the elevated railways of the Kyushu- Shinkansen in Izumi City in 2015. The bats were found at the three points (17 crevices). One of the points was used as day-roosts throughout the year. The width of the selected crevices as roost was about 3 cm, and the height of those was 20 m above the ground. The number of bats in each crevice was 1–5, and the maximum total number of bats counted was 13 in November. Emergence time of the first bat averaged 43 minutes after sunset from July to November. Echolocation calls were high intensity FM calls in the scanning phase, and their PF values averaged 15.5 kHz. 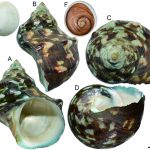