An ovigerous female and an adult male of the cymothoid isopod, Ceratothoa verrucosa (Schioedte and Meinert, 1883), are reported from the buccal cavity of a red seabream Pagrus major (Temminck and Schlegel, 1843) (340 mm in standard length) in Tsukumi Cove, part of the Bungo Channel, Oita Prefecture, Kyushu, Japan. This represents the first specimen-based record of C. verrucosa from Oita Prefecture. The female of C. verrucosa was as large as 43.3 mm long and 23.1 mm wide. In addition to three papers which were overlooked in a previous review of C. verrucosa, five recently published papers on the species are summarized. A comment is also made on the fact that C. verrucosa so far has not been found from red seabream farmed in Oita Prefecture. 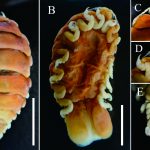 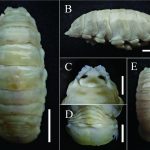