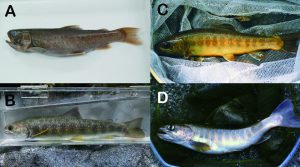 Habitat and actual records of charr, Salvelinus leu- comaenis, from Wakayama Prefecture were investigat- ed by hearing survey and their reliable information. Hearing survey in Wakayama Prefecture suggested their habitat including both probable native and intro- duced individuals from most of Wakayama rivers, the Kinokawa (including the Kishikawa River), the Ari- dagawa, the Hidakagawa, the Hikigawa, the Kozagawa and the Kumagawa Rivers in Wakayama although the charr population (Kirikuchi charr) of the Hidakagawa River was considered as extinct in around 1960 of flood disaster by Kubo and Kimura in 1998. Subse- quently, native Kirikuchi charr and hybrids between native Kirikuchi charr in Nara and the charr of the Ibigawa River population, Gifu were introduced into upper stream of Komoridani valley, the Hidaka River several times in early 1980. Probable and reliable in- formation of native populations of Wakayama charr were reconfirmed from the Aridagawa and the Hikiga – wa Rivers and actual specimens of the charr were con- firmed from the Aridagawa, the Hidakagawa, and the Hikigawa Rivers. Photographic reconfirmation of the charr was done in middle basin of the Kumanogawa River in Wakayama, too. Further detailed genetic anal- ysis of their Wakayama charr populations would make evidence of native or introduced populations in future. Whitespots’ condition on dorsal part of the body in true Kirikuchi charr in the inhibited river zones for the charr catch in the Yumitehara river, the Kawasako Riv- er were noted, being variable in presence or absence of dorsal part of the body in true Kirikuchi charr although it has been considered as generally having no whites- potted body of the true Kirikuchi charr before. 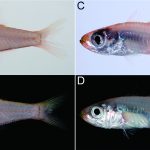 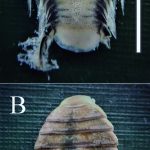 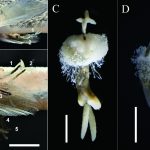