Monodonta labio confusa belonging to the Trochidae is a tidal snail, is distributed along the west coast of the Pacific Ocean from Honshu to Kyushu, Japan. Seasonal change in the frequency distribution of shell lengths and the pattern of internal growth lines of the shell of this species were investigated in a tidal zone of Sakurajima, Kyusyu island, Japan. Shell samples were collected monthly from July 2007 to October 2009 in the tidal area along the Hakamagishi coast of Sakurajima. In the M. labio confusa popula- tion, the frequency distribution of shell lengths showed that newly-recruited juveniles (3–6 mm in shell length) appeared from November to March. Shells were polished by a grinder, and internal growth lines located near shell apex were observed in section samples with a digital microscope. This species forms two white internal growth lines caused by a delay of growth of shell during one year. In the shells less than 8 mm long, there was a high correlation between the number of internal growth lines and shell length. As the size of shell became larger, there was no significant correlation between them. In the individuals with shell lengths more than 18 mm, no correlation was recognized at all. These results show that the number of internal growth lines remains constant after the growth of shell stops. Therefore, the age cannot be determined in these fully-grown individuals with similar shell sizes. In many previous studies the age of a snail was estimated based on the frequency distri- bution of shell sizes, but this technique would lead to a mistake. According to our analysis of the internal growth lines of the shell, estimation of the accurate age of this snail seems impossible by means of shell size. 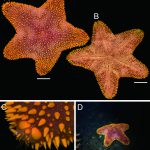 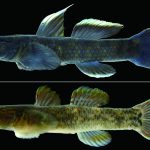 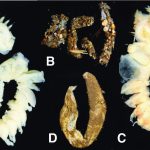